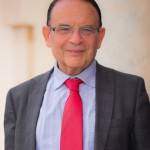 Prof. Ridha GOUIA is a professor of Economics at the University of Tunis-El Manar where he received a Doctorate (PhD) in Science of Economics.

He started his career as a Professor at «Faculté des Sciences Economiques et de Gestion de Tunis» in campus of Tunis. He never quitted teaching and supervising Master and theses.
Currently, he is the Director of APBS.

He is the author of many research studies published in different Journals. He is the General Secretary of «Association des Economistes Tunisiens (ASECTU)». He was the head of the Groupe de Recherche sur l’Entreprise et la Production (GREP) in the University of Economic Sciences, Campus of Tunis. He is the author of three books in Science of Economie: «Phase du capitalisme et théorie économique», «L’Industrialisation des pays du Maghreb et IDE» and «Les Alliances industrielles dans les pays du Maghreb», in French.

A rich teaching experience of fifteen years in the finance field in various Business schools notably ESSEC Tunis for more than five years.

She has been teaching at APBS for five years where she has taught different courses such as financial management, financial decisions, financial mathematics, international finance and management control.

Nesrine is currently an assistant lecturer in accounting at Avicenne Private Business School.

She has an extensive teaching experience in higher education level. She is a member of the Research Laboratory in Accounting and Finance in IHEC Carthage.

She conducted research in corporate social responsibility filed particulary CSR disclosure. She has been teaching at APBS for seven years where she has taught different courses such as Financial Accounting, Managerial Accounting, Audit and Taxation.

Since 1993 he has been involved in the education sector. When he was 15 years old he cofounded a family firm – the René Descartes Group (formerly Avicenne Group), and later founded Mediacom (2001, ICT Training firm) , CONSORD Consortium for Development (2007, Education Engineering Firm) and APBS Avicenne Business School (2010). Currently he is the CEO of APBS. He is also a former International Systems Auditor at Millicom (a Telco NYSE listed company). He worked at Ernst & Young in Assurance services line and is experienced in financial audit, transaction services and IT Risk assessment. He is an Experienced IFRS Trainer and Trainer of trainers in Data Analytics, and assessed IT Risks for E&Y clients from different industries (Banking, Distribution and retail , ICT , Automotive, Oil & Gas). Kamel is passionate about Transformational Entrepreneurship and women’s entrepreneurship advocacy. He has coached students in ideation and startup acceleration, particularly in social entrepreneurship. He is also a key partner of the first transformational entrepreneurship platform in Africa GEO NA (Global Entrepreneurs North Africa).

Conducted IT audits for major ERP of clients

Asma Zedini holds a Masters degree in statistics from the university of Geneva in 2007 and a PhD in quantitative methods in 2016 from the High Institute of Management of Tunis.

She has a significant teaching experience in management, economics and statistics courses. Asma ‘s research areas are related to welfare economics and applications of statistics to business and economic decisions. She has published original research articles in many journals like journal of statistical planning and inference (2010), review of income and wealth (2015), fuzzy sets and systems (2016), and Journal of Economic Issues (2019).

Asma Zedini is also a confirmed professional with an experience of about 10 years as a statistician, a research project manager, and a team leader in marketing research agencies like 3C Etudes and El Amouri Institute. She took part at several projects on behalf of local (Orange, Sancella, Sotuchoc, Sanofi Aventis-Tunisia) and international clients (Ipsos Mori,ScandInfo, Nielson bases, GTZ), performing data analysis and reports writing.

Dr. Mohamed Karim AZIB is Assistant Professor in Management at the University of Tunis El Manar. Currently, he teaches at the Faculty of Economics and Management of Tunis (since 2001) and at the Avicenne Private Business School (since 2016).

He was an Internal Auditor (1998-2001) in a public company operating in the transport sector. Since 2013, he collaborates with the National School of Administration of Tunis in the training of the Tunisian public administration executives (middle and senior management) operating in the various ministerial departments and local authorities on topics related to public management, human resources management, administrative leadership and decision-making, prospective and strategic planning.

PhD in Management Sciences, his research activity (articles and communications) focused on the managerial system and the institutional framework of public and private organizations, the issue of decision-making in local authorities, the challenge of the evolution of Public Manager’s job, the strategic behavior of companies and the realization of principles of good governance.

He is a founding member of the Tunisian Association for Strategic Intelligence (ATIS) and a member of the Research Laboratory “Applied Research in Business Relationships and Economics” (ARBRE, University of Tunis).

Ph.D. in marketing from the Faculty of Economics and Management of Tunis, with a broad teaching experience in both business and engineering schools, allowing her to develop an innovative pedagogical approach based upon interactivity and critical design thinking.

Very passionate and determined with an outstanding communication, project management and presentation skills, in addition to, a particular expertise in business development and content marketing via the presentation of effective sales pitches relating to educational programs.

Has also worked on several projects and helped companies in the service field, with their market research studies and their marketing strategies elaboration.

Having started his career in 1969/70 as Associate Professor of Economic Secondary Education, Mr. Ali FEKIH returned the following year to graduate studies at the Ecole Normale Supérieure d’Enseignement Technique “ENSET “And wasthus part of the first class (June 1973) of CertifiedTeachers of Economic Education.

Graduate of the Higher Institute of Management, then Ph.D. in Management Sciences of the Faculty of Economics of Tunis, Mr. Fekih taught at the ISG until 2008, then at the FSEGT until 2011.

He also served as a temporary lecturer in several tunisian higher education institutions (IHEC, School of Posts and Telecom, ENA, ..), and foreign (University of Annaba, Algeria).

In the field of vocational training and consulting, Mr. FEKIH has led several training sessions for executives of public and private institutions, and has carried out numerous missions of studies, advice and assistance to several public and private organizations operating in all sectors of activity (extractive and processing industries, trade, agriculture, agri-food, services, public administration, etc.).

As President of the ISG Alumni and Students’ Association, he has organized several scientific, economic and cultural events, including a national symposium on the adequacy of training and employment in the field of management.

Among his latest contributions, an intervention on the theme of the reform of education and training at the international conference NOOR 2017, and thatorganized by the Tunisian Association of Strategic Intelligence (ATIS) in April 2019.

In addition to teaching, Mr FEKIH iscurrently a court expert in Tunis, and an accredited consultant to the European Bank for Reconstruction and Development (EBRD).

She have over 8 years of teaching experience in many business schools (IHEC, ISG, etc.). Actually, she is an Assistant Professor at Avicenne Private Business School. Being involved in scientific research, her ability to learn without limits and her background in quantitative economics have helped her to cooperate with many international universities such as University of Angers with the French laboratory GRANEM and The University of Minnesota (USA) and many other research internships.

Bouguila Sihem holds a Masters degree in finance in 2002 and a PhD in management in 2014 from the High Institute of Management of Tunis.

Bouguila Sihem is also a confirmed professional with an experience of about 11 years as an assistant professor.

Dr Amal BEN CHEIKH, PhD in Management Sciences specialized in Marketing with a wide experience in teaching marketing and management courses to undergraduates and postgraduates. She is affiliated to the Applied Research in Business Relationships and Economics laboratory at the High Institute of Management (ISGT), University of Tunis.

Dr. Ben Cheikh has been teaching at APBS since 2015 and at ISG Tunis since 2017. Her teaching strategies aim to ensure high quality learning experiences for students based on involving them in class discussions and maintaining positive working relationships with them added to developing an interactive and safe classroom environment.

She helps learners to achieve their academic and professional goals based on the most recent and appropriate pedagogical approaches.

Her research interests include tourism services, sustainable development, Energy policies, social acceptance of industrial projects and particularly the renewable energy projects and landscape changes. She has already contributed with her research papers in different national and international conferences (UK, France, Morocco…). Additionally, she is a member of the academy of marketing in the UK. 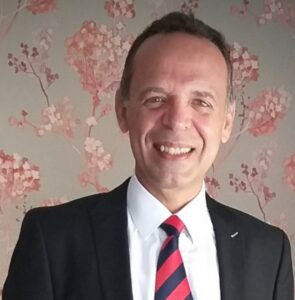